Under the guidance of the explainer, we visited six exhibition halls namely "Gathering sand into land", "folk customs ", "Tongue tip delicacy", "local accent no change", "The son of Yang Zhong" and "Shang-shan-ruo-shui". By listening to the explanation and observing the representative objects and pictures on the spot, we found our childhood memories and felt the historical changes and characteristic cultural connotations of Yang more vividly. We had a better understanding of the glorious deeds of our ancestors or in our hometown, such as "revolutionary heroes", "party and government leaders", "generals in the army" and "academic elites". The people of Yangzhong have gained a deeper understanding of the spirit of unremitting self-improvement, such as "building levee", "highways", "Bridges" and "great undertakings". 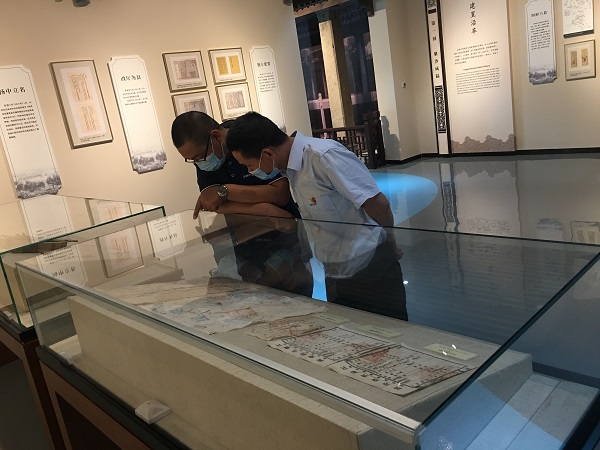 At the end of the activity, everyone had said that in the future study and work to constantly remember the bitter, carry forward the spirit of the continuation of the historical context, the party members play a pioneering role model.

Next：CCP Secretary of Yanzhong City Ms. Yin Min and her delegation came to our SANTACC to make warming-enterprise investigation